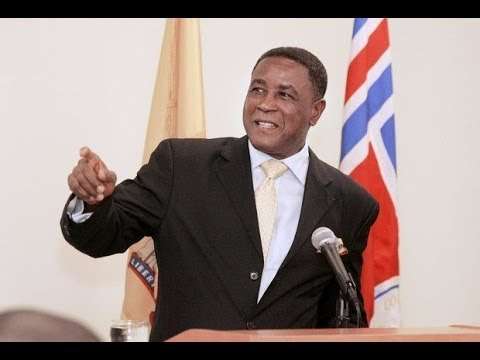 Hon. Hassan AbdolSesay, the whip of the APC warned President Bio to beware of his nominee, Alhaji Alpha Kanu. He made this statement on Thursday 20/1/2022  in the House of Parliament during the debate on the approval of the President nominees Hon. Hassan Sesay said “it is our duty to approve people nominated by the President.”  He decried Hon. Alhaji Alpha BakarrKanu for what he referred to as “Going with the wind”. He advised all the other nominees to go and serve the nation positively. Hon. Abdul Karim Kamara MP from Kambia District said  Hon AlhajiAlhaji Alpha BakarrSahidKanu was his mentor, he   thanked him for accepting the job and that he has displayed the real characteristics of an apprentice. He further described an apprentice as someone who will be the first person to leave the vehicle when he does not have what he used to get financially. He said according to the local people, an apprentice is someone who dose not used to have much integrity.

He further recalled that when the Hon. Alpha Khan was taken to Port Loko by the Hon. Vice President Dr. JuldehJalloh. “The Hon. Alpha Khan told the people that it is now time to serve the people of the Northwest but I’m sure that he was given the opportunity when he was elected as a member of Parliament”. “I  remembered that my Honourable mentor had served the previous government for nearly 11years and that he believes that he should be mentoring more people rather than taking up a job.

Hon. Abdul Latif Sesay MP form Port Loko said the Hon Alhaji Alpha BakarrSahidKanu is his brother and he is a performer. According to him since the SLPP came to power, they had not been doing well and that is why they had decided to loan a player from the APC. He said” Kortor Alpha today you said that you are going to serve as a residence minister and that you are going to be the number 11 but please make sure that they don’t injured you”. He admonished him to work with the MPs from that region to foster national cohesion. He appealed to all nominees to work hard.