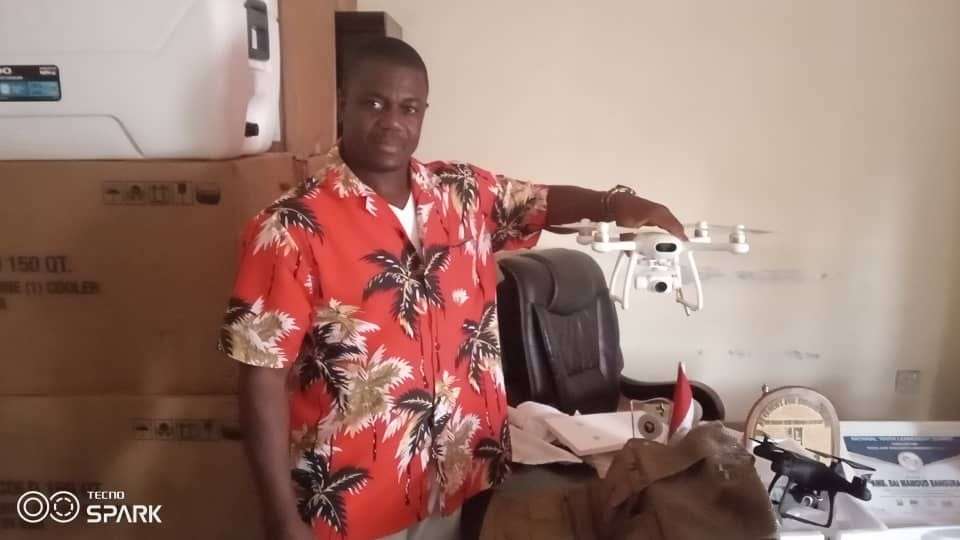 A household name in APC party politics humanitarian domain and ‘business management, ComradeDauda Blaq Kamara who is the CEO of ‘Team Black’ has in a latest interview with We Yone disclosed his aspiration to aspire for the elective position of Regional Organizing Secretary of the Sixth Region Position, ahead of 2023 crucial elections.

“My intention of wanting to become Regional Organizing Secretary of the sixth Region is to add zest and drive to the structure for resounding victory of APC in the entire Region, come 2023 elections and beyond,” he informed We Yone in the exclusive interview. The seasoned and dynamic politician revealed he has the right leadership qualities to man that position if elected in the pending Diaspora Convention under the new constitution, as it now operative.

“I have the mettle, drive, charisma, eloquence, contact, organizing skills and influence to excel in that position,” he explained, pointing out he has cordial working relationship with the entire membership of the party at home and abroad including  the entire diaspora chapters, which is the sixth region.

He told We Yone why he resolved to throw his hat into the ring is premised on the fact that APC in the opposition will be facing SLPP as an incumbent political party.

“Therefore, I see myself as experience enough to inject vibrancy and dynamism into the structure for involvement and mobilization of Diaspora members across the elite to the grassroots for a resounding victory in 2023,” Comrade Dauda Blaq Kamara maintained. Dilating on his role and contributions to APC, he revealed he started supporting APC since his youthful age. “Infact I have a strong pedigree in APC as my parents were strong members of APC, especially my father, late Madam Yainkain Sesay who was Mama Queen for Akutay in Freetown.

He paid homage to politician who mentored him in politics. “I have served as Honorary Member of APC National Youth League now renamed in the adopted constitution as APC Young Peoples Congress and till date,” he revealed.

He enumerated his level of financial and material assistance to the National Task Force, Disable wing, National women’s congress as well as the National Youth League. According to findings, Comrade Kamara has been not only an outstanding politician but also a philanthropist and humanitarian, helping to transform youths on the margin of society to useful citizens, supporting grassroots women with micro credit facilities especially market women and petty traders in Western Rural Area; supporting youths in games and sports; assisting the vulnerables as disabled; and creating and offering jobs to close to 100 youths and other able-bodied adults in her private businesses. Investigations also indicate that, the aspirant is an educated man who attended the following primary schools: Muslim Brotherhood Primary School at Naimbana Street and Tabernacle Primary School at Circular Road, Freetown. He gained his Secondary education from the Prestigious Freetown Secondary School for Girls (FSSG) and tertiary education from EMIBEX College of Finance and Management.

Dauda’s association with many religious, cultural and traditional groups and organizations, coupled with flexibility, versatility and humility places him as a very promisingRegional Organising Secretary for the sixth Region if elected by delegates in the pending Diaspora election convention.