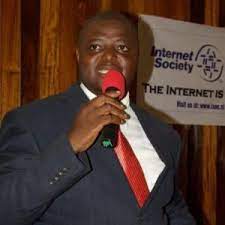 Comrade Kasho J. Holland-Cole who is the District Chairman of Western Rural District Council has in his capacity also as ‘Political guru’ in Western Rural Area hosted APC women at Sherimems Conference Hall, Benguema, Waterloo during a one-day event which ensured participants were trained on leadership skills and organizing prowess, ahead of 2023 elections. Addressing the participants that encompassed constituency chair ladies of the 8 constituencies in Western Rural Area as well as other executive members, zonal heads and vibrant APC women activists, comrade Kasho as he is popularly called, commended the participants for attending the one-day summit, stressing as women, the APC Party holds them in high esteem.

“You are the foot soldiers in espousing the ideology and ideals of APC,” he stated, adding they are expected to play pivotal role in the politics of the district. As women, he emphasized, they have full rights and privileges to aspire for elective positions and put women in the map of leadership.

“Therefore, this training is aimed at capacitating you with skills relating to organizing, campaigning and leadership drive,” the dynamic APC stalwart stated. He assured the women of his commitment to their welfare, because in many homes women are now “bread winners”. Key APC female politicians including chairlady of West East District, Comrade Haja Nancy Sesay, Comrade Isata, dilated on key topics relating to women’s empowerment, leadership responsibility and oratory skills. The one-day training was climaxed with the presentation of certificates of participation to the participants.