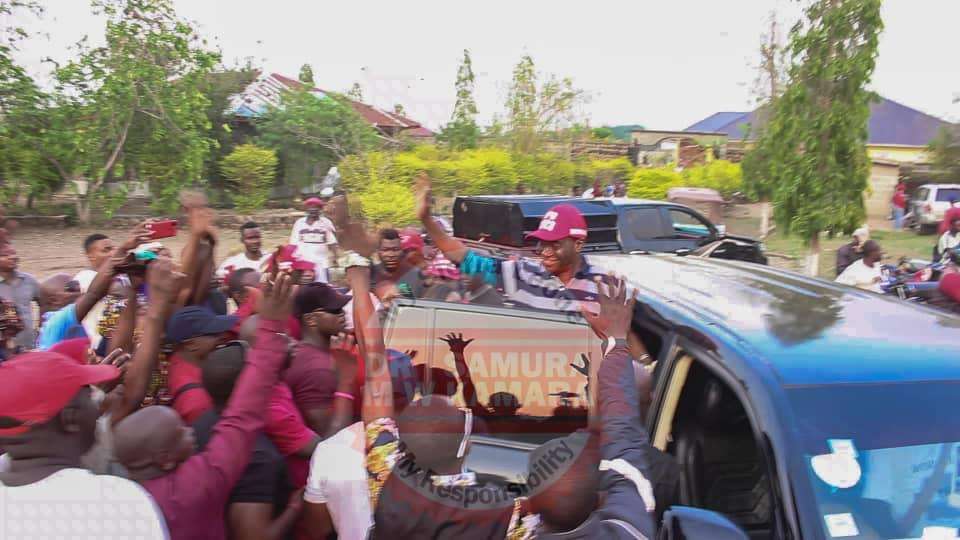 The arrival of Dr Samura Kamara and entourage into Kenema shunned a positive light of hope not only for the people of Kenema but the country as a whole. In his efforts to demonstrate Religious Tolerance, he prioritized the priorities by prioritizing the key issues that binds us together as a people.

In his own words,” I am not coming into this to enrich myself, to get married, to build a house or to buy a car (s) and so on, but I want to be President of this country to serve with all my heart”. The chanting from his supporters whom they were referring to as, ” the last hope of Mama salone ” lasted longer than expected.
However, he donated in total 200 bags of rice to the Muslim jamaat that comprises 11 mosques . Honestly, Dr Samura Kamara is not giving back to society because he has much, but because he knows exactly how it feels when one has nothing. Concluding his message, Dr Samura Kamara reminded the crowd of his Muslim heritage, but the pursuit of education made him become Christian. Nevertheless, he said “we all worship the one and only God”. The visit was a success and the Ramadan donation from him to communities in Kenema was exemplary and unrivalled.