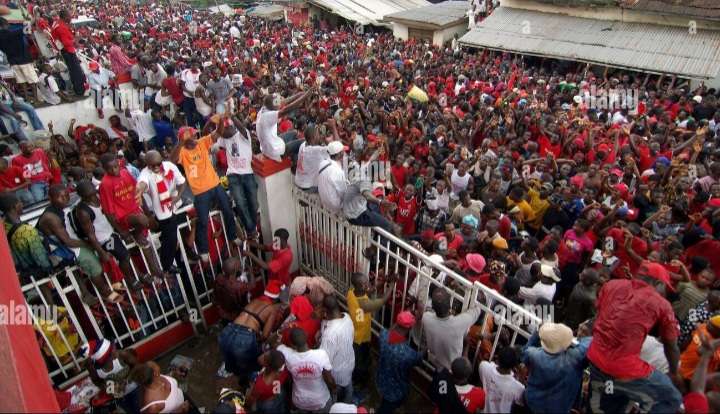 We Yone is of the view that every well-meaning APC member ought to have one single goal, which is to regain power come 2023.

We Yone believes the project at hand now to redeem the people of Sierra Leone from the shackles of poverty, retrogression, tribalism, regionalism, and retribution, is a national call, which requires all hands on deck. It is on this note, which We Yone can safely affirm; that every true stakeholder/top leader of the Party should at this material time, put the interest of the country above self.

We Yone will join many other political observers to restate the assurance of the overwhelming majority of the people to vote in the APC come 2023. There are clear pointers from the people in every corner of the country.

We Yone is not surprised a good number of self-employed young guys in Kenema recently will be shouting in front of the SLPP office ‘APC back to power’.

We Yone will reason with the Chairman of the SLPP in Kenema over his outburst of frustration seeing the ruling party losing grounds to an opposition party despite all the vilifications, in their backyard. This popular proposition: ‘‘APC back to power’’ is like the latest pop music across the country, even in Bonthe, the hometown of President Bio. It is clear that the current government has proven beyond a drop of a doubt that they were not ready to govern the state.

We Yone notes, sadly though, irrespective of this, much effort hasn’t been done by the SLPP to learn on the job; to pay attention to the plight of the suffering masses. The insensitivity of the ruling government is now a boring topic among young people, women, and the aged in every corner of Sierra Leone.

We Yone is of the firm conviction that the APC should have leaders now who are selfless, dedicated, and more resolved to change the narrative after every effort of the citizens to checkmate the current regime had failed.

We Yone truly believe the APC has all that it takes to regain power in 2023 and this ambitious plan can only be successful when everybody put the interest of the party, the country, and the people of Sierra Leone above self

We Yone recalls the level of harassment, intimidation, and discomfort members of the past regime are facing. This is not different from the removal of ten elected MPs and replacement of them with strangers. This is also not unique to innocent young people out there who are perceived to be non-SLPP.

We Yone ends that the project to deliver the people of Sierra Leone is ordained by the Supreme Being and every member and stakeholder of the APC is charged with the responsibility to make this happen.