“Why did Government fail to protect me?’’ Hon. Kadijatu Davies 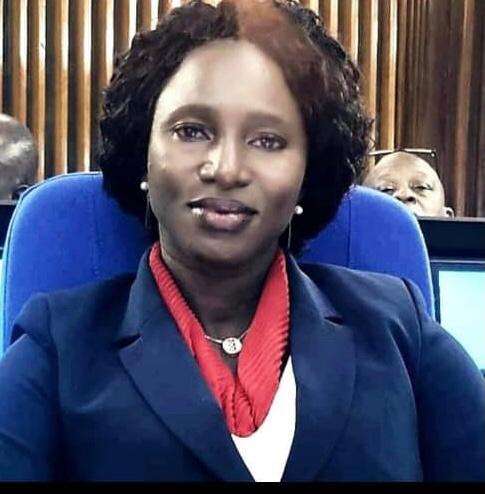 All Peoples Congress, Member of Parliament, Honourable Kadijatu Davies, of Constituency 110 in the Peninsula of Freetown, on Thursday 26th November 2021, cried out, why the government did not protect her. ‘‘Here I am today after 3 years,’’ she thanked her constituents for electing her trice. She read a portion from the budget “as women constitute a large proportion of our vulnerable population, government must continue to not only empower but protect them”, (them here refers to women). If the government believes in empowering and protecting women “Why was Kadie Davies not protected? “If not at the first round, but at least for the second and third time.” She recalled it was the people that protected her. She added the people voted for her consistently that why she is in Parliament.

‘‘Why Honourable Ariana was not protected or at least replaced by another woman? It is because she was from the opposition APC?’’ The APC MP said, exposing the hypocrisy of the government on issue of women’s empowerment. She noted those monies spent for the consecutive 3 elections would have been used elsewhere.

‘‘There is nothing like safe seat, if they believe their mantles or are there for their people let them go and contest,’’ she admonished women.

Hon. Kadie Davies admonished the government to maintain the road network. She called on them to complete the No.2 River Road to Tokeh and that government is continuity. She said the road should not be called Lumley/Tokeh Road because the former President Dr Ernest Bai Koroma has completed from Lumley to Tokeh. On Health, she said that “we see allocation of 4.9 billion Leones for diagnostics medical center. Constituency 110 is yet to have a modern hospital. Out of her merger salary, she has laid a foundation for a hospital and that she is at the take off stage.’’ After the debate in the House of Parliament, she told We Yone, she had wanted to say more, but the time given to her was limited. She added that in the health budget, she wanted that nutrition budget to be separated from it.Reason being that there are always food shortages for children under five years, she explained about the alarming rate of malnourished children and that some children are dying because of malnutrition.

She concluded by demanding justice for the remaining 9 members of parliament that the court took out, most especially Honorable Hariatu Ariana Bangura of constituency 116 of Portee, Rokupa and Congo Water, in the East-end of Freetown. “if we are yearning for the rights of women, our women and girls must be protected’’